The Value of a Title Agency with Multiple Underwriters

As a real estate professional working with commercial clients knows, having the right title underwriter can be crucial in getting a transaction across the finish line. If underwriting approval cannot be obtained for even one minor aspect of the transaction, then the entire deal is at risk – and you’ll be scrambling for a new title company. This scenario is all the more likely when you’re working with a firm with a single underwriter as opposed to True Title, which carries three of the five largest underwriters in the country.

Here’s why having access to multiple underwriters is in your clients’ best interests.

Each underwriter has a different risk tolerance. There are five major title insurers in the United States. If you work with one their direct operations, you will get one set of underwriting standards. Underwriting is part science, and part art – each company has a different tolerance for risk in the many different areas of property rights. If you work with a company with multiple underwriters like True Title, we can match the risks of the specific transaction with the right underwriter’s risk tolerance and ultimately get the deal closed and properly underwritten.

An example is a recent deal involving a grocery store. The transaction involved a teardown and rebuild of an existing commercial structure, with parking moved from the back of the store to the front. The title examination revealed that the land comprising the parking area was part of a century-old residential subdivision. The 300+ home subdivision had restrictions against any part of those lots being used for “commercial purposes”. Prior to closing, the property had gone through the appropriate rezoning process and had been approved for the grocery store – with no objections from any of the immediate adjoining neighbors. However, two major underwriters refused to insure the transaction unless the homeowner’s association for that subdivision approved a variance to allow the structure to be built. Imagine having to negotiate with 300+ homeowners to get that approved – that’s a process no one wants to go through. Fortunately, another major underwriter looked at the transaction and ultimately approved it – were comfortable with the minimal risk posed by the violation of the restrictions, and the transaction was able to get closed.

If that client had been working with a company with just one underwriter, there would have been no negotiating, and that client would have had to call and hunt down another title company to take on that risk. Certainly it can be done – but isn’t it better if your title partner does that work on your behalf?

One voice can make or break your deal.

When you work with an agency with only one underwriter on their books, that voice carries a lot of weight. It becomes a lot harder to negotiate terms or see what can be done to ensure the deal goes through. Sometimes the overall decision comes down to the underwriter – and sometimes the decision reflects a company-wide stance.

A key example involves property tax foreclosures, also known as “tax sales”. We had a situation a few years back involving a land assemblage for a commercial development, where one of the 20 parcels in the land assemblage had been acquired by tax sale – a common situation in a low-income development of this type. Most major underwriters refuse to insure tax sales without the passage of 10+ years; however, we were able to work with one of our underwriting partners to mitigate the risk on that lot, and ultimately get the entire development closed and insured.

It’s important to know that it’s not always the same underwriter who says “yes” or “no.” The benefit of working with a title agency like True Title is that we can talk to a variety of different underwriters to identify the path of least resistance in terms of getting that deal closed. Get More Value During Your Real Estate Transaction

Don’t risk your clients’ commercial deal falling apart because a single underwriter says “no”. Work with a title company like True Title – and get access to multiple underwriters. Together we’ll find the past path forward for helping you get your clients’ deal across the finish line. It’s part of our company values: We find a way to say “yes”! 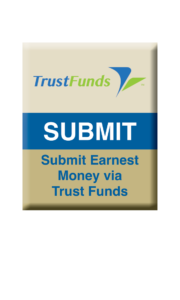 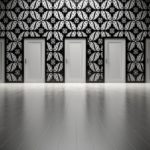